Get fresh music recommendations delivered to your inbox every Friday.
We've updated our Terms of Use. You can review the changes here.

When Only Shades Remain

by Hall of Mirrors 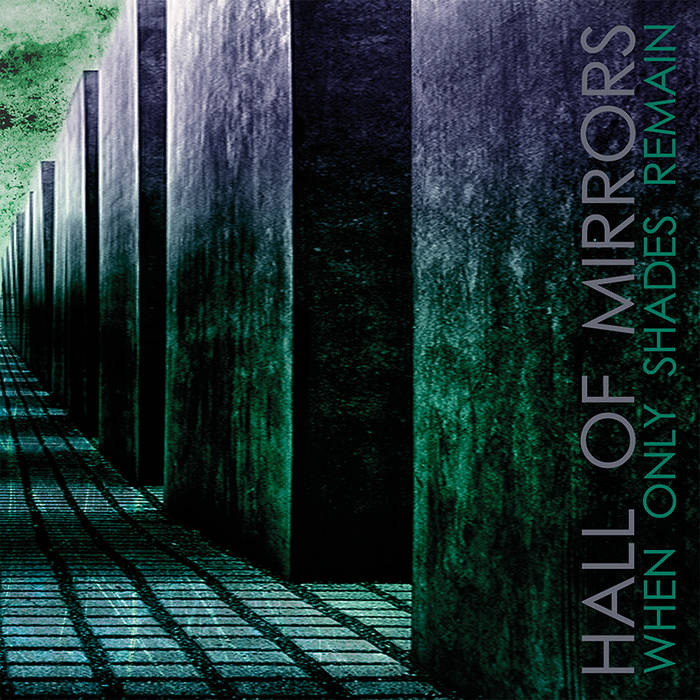 Andrea Marutti (Amon / Never Known among others…) and Giuseppe Verticchio (Nimh) have teamed up again for this new Hall of Mirrors monumental release. Textural, noisy, profound dark ambient with some pretty ‘melodic’ patterns hidden behind layered noises and evolving drones. Astonishing, to say the least.

Created between May 2016 and January 2018, the fourth HOM album – entitled “When Only Shades Remain” – was released by renowned Italian label Eibon Records in late April 2018. Our previous releases have used different guests/collaborators, making it a distinctive feature of the project, but for this new chapter we decided to go alone. The album comes in a gorgeous gatefold cardboard digisleeve with inner sleeve that features stunning artwork created by Mauro, the Eibon Commander.


"Hall of Mirrors is a collaborative side project headed by two pioneering actors of the Italian dark ambient scene: Andrea Marutti (alias Amon, Never Known) and Giuseppe Verticchio (alias Nimh, Twist of Fate). After several years of silence the duo is back, this time on Eibon Records (also responsible of the publication of many Marutti’s albums under his various monikers). If we currently place labels such as Malignant, Cold Spring, Cold Meat Industry as major figures in the rise and development of dark ambient music we should not forget the historical importance of Eibon Records, precisely in Italy. Among the most notorious acts released by this label we can notice Amon, Blood Box and Caul regarding isolationist and darkly chilling ambient music based on layered drones and languid otherwordly textures. ‘When Only Shades Remain’ reveals delicately creepy soundscaping atmospheres which seem to be closer to the first effort published by the duet (Reflections On Black), more distant to the blackened electronic drone inferno of ‘Altered Nights’ or the more sacred sound ritualism of ‘Forgotten Realm’. Consequently eerily fixated drones meet more calming, melancholic, reverberant detached guitar patterns, bordering a sea of vast quietness and deeper thoughtfulness. ‘When Only Shades Remain’ is one emotional story, beautifully sculpted and which alternates heavily wistful sequences with more melodious themes. Those enveloping tones, subtle echoing guitar lines, and lysergic drone passages evoke forgotten times, antique derelicts and mind travel. This is one tremendous effort with a few majestic heavenly moments (as in ‘Beyond the Ever Changing Horizon’). Recommended to any passionate followers of dark ambient music and striking sonic worlds."

Composed, performed and recorded between May 2016 and January 2018 in Milan and Rome
Mastered in January 2018 by Giuseppe Verticchio
Special thanks to Daniela Gherardi and Mauro
Artwork by KMD

HOM is a music project founded by Andrea Marutti (Amon) and Giuseppe Verticchio (Nimh) in 2005. During the years they have used many collaborators, but on their latest CD "When Only Shades Remain" they decided to go alone. HOM combine Dark ambient sounds with ethnic-ritual elements, often crossing noisy territories and Industrial music, but also developing Ambient and calmer/melodic atmospheres. ... more

Bandcamp Daily  your guide to the world of Bandcamp

sndtrak stops by with an Album of the Day Feature of his most recent release, FLIPS V1: Triple Lindy